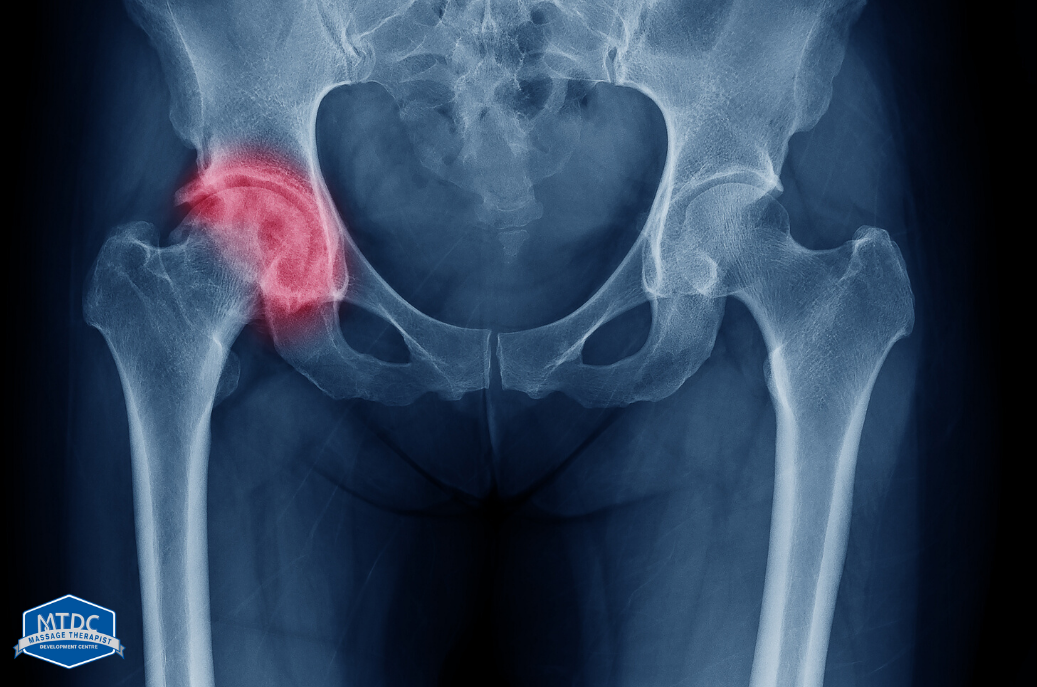 An athlete came in experiencing some groin/adductor pain after the game.

I chatted with them a little bit and got them on the table. I did FABER’s test which resulted in a negative, but figured I would do a bit of massage to calm things down.

Then from behind me the doctor (who is much smarter, and more experienced than I am) came up and asked what was going on, so I explained what I had found.

She then asked, “oh did you try FADIR’s test?”.

I stood there looking like a deer in the headlights because I couldn’t for the life of me remember that test, I felt like an idiot.

So she grabbed the athlete, did FADIR’s (flexion, adduction, internal rotation of the hip), got a positive and then looked at the joint with a portable ultrasound machine and determined there was a possible FAI.

FAI stands for Femoroacetabular Impingement and to this point in my career had never encountered it (that I know of), so I just sat back, watched, and learned.

Femoroacetabular Impingement What Is It?

So what exactly is this anyway?

It can be defined as an abnormal bony feature of the acetabulum or femoral head or both, that leads to abnormal joint contact and stresses with deep flexion and rotation movements.  This can also lead to labral injuries, and has been related to osteoarthritis of the hip.

This can be further broken down into three different classifications:

This usually effects young and middle-aged active people and presents with groin pain and no history of trauma to the area. It is quite commonly seen in young athletes and has been proposed there is a possibility of gender differences which contribute to the issue. One study showed that males had less ROM with internal and external rotation when the hip was flexed at 90° as well as internal rotation with the hip at 0° of extension. But the presence of a positive FADIR test was pretty much the same for both genders.

However, athletes who had a positive test did have greater external rotation with the hip at 0° extension than those who tested negatively. Athletes also had a higher prevalence of positive tests in asymptomatic people compared to our general population.

There is also some discussion around physical or activity impairments and one systematic review set out to see which impairments are prevalent. They found the main issues were with range of motion (particularly with movement toward impingement, basically the FADIR test) and showed that pain likely played a role in this compared to the asymptomatic group.

When looking at the asymptomatic group, they had reduced ROM as well,  but this is likely due to bony impingement, or damage to the surrounding soft tissue and even suggests that 35% of young adults have asymptomatic FAI.

Hip ROM when walking was also called into question but the review pointed out the amount of reduction is of little clinical relevance. The only other significant issue with movement was with squatting which could be due to the shape of the hip and pain avoidance strategies.

FADIR  is quite often used to detect pain in the hip however it’s a good test for detecting sensitivity but is not very good for specificity (60% and 52% in youth hockey players), which results in a lot of false positive outcomes. It usually elicits groin pain when being performed, some studies have shown there to be lateral hip and buttock pain as well.

So, part of the issue with this test is the prevalence of a positive test in asymptomatic people. For this reason it can only be used as a screening tool and has to be coupled with some medical imaging to get a proper diagnosis. One study also shows that in addition to imaging, symptoms, and reduced function have to be key aspects of a diagnosis. Fortunately, the doctor in this story had imaging done, the athlete presented with symptoms and reduced function, so the doctor checked all the boxes to get a proper diagnosis (which is great to see an evidence based practitioner at work especially since diagnosing is out of my scope).

The indication for this is usually surgery, but there are some things to take into account.

With the study the authors had some reasonable success with the goal of conservative treatment to be a reduction in hip pain, and avoiding further cartilage damage without reducing ADL’s. However, the results were only good if the patients could modify ADL’s so the hip could adapt.

Another interesting point is while it was commonly believed that FAI would lead to Osteoarthritis of the hip, one analysis showed that 82% remained free of OA for 18.5 years, some up to 19 years and to date there are no studies that actually show this progresses to OA of the hip. Some surgeons even suggesting surgery is happening unnecessarily.

One systematic review showed that surgery had been the most successful, but it was also necessary to look at the reasons why people were electing for surgery. The main reasons were:

So the review showed many asymptomatic people have abnormal imaging, so it is important to “treat the person not the x-ray.”

It also showed that 50% of people are overly optimistic about the surgical results and improvement, but since this does not necessarily equate to “feeling good,” it is necessary to take psychometric properties into account.

With all we know nowadays around the biopsychosocial aspects of pain, when we look at this list above, how can this change the way we’re helping people with this condition? Well, first we want to make sure every aspect of a diagnosis is done. Next we can look at ways help alleviate pain, but also build up the patients resilience and provide reassurance that the condition is probably not going to get worse (well at least for 18-19 years). Can we change up their ADL’s enough that they’re still doing the things they enjoy, but maybe just in a different manner, frequency, or intensity? In the case of the athlete, is there a guarantee that surgery will improve them for their sport? For the athlete, this may be the one area where a surgery might be necessary, but let’s take into account every option first. And as suggested, let’s make sure we treat the person, not the X-ray.

I will admit, that while I felt like a bit of an idiot when this happened (because I wasn’t familiar with the test and FAI in general), it was a GREAT learning opportunity to watch someone with more education, more experience, and let’s face it smarter than me do their work. Fortunately the doctor was pretty gracious in sharing her knowledge with me, and it made me look at the research on this and write this blog…so I learned a lot.

Follow me
Jamie Johnston
Founder at The MTDC
As the creator of the site, I hope you like what you're reading. I'm a Registered Massage Therapist in Victoria BC, former Massage college clinical supervisor, First Responder instructor, hockey fan and Firefighter. Come hang out on the facebook page, where we can share some ideas about how to improve the perception of the Massage Therapy industry.
Follow me
Latest posts by Jamie Johnston (see all)
https://themtdc.com/wp-content/uploads/Massage-Therapy-FAI.png 687 1037 Jamie Johnston https://themtdc.com/wp-content/uploads/logo.svg Jamie Johnston2020-03-03 07:43:502020-08-20 12:20:40How Watching An Evidence Based Doctor Helped Me Learn About FAI 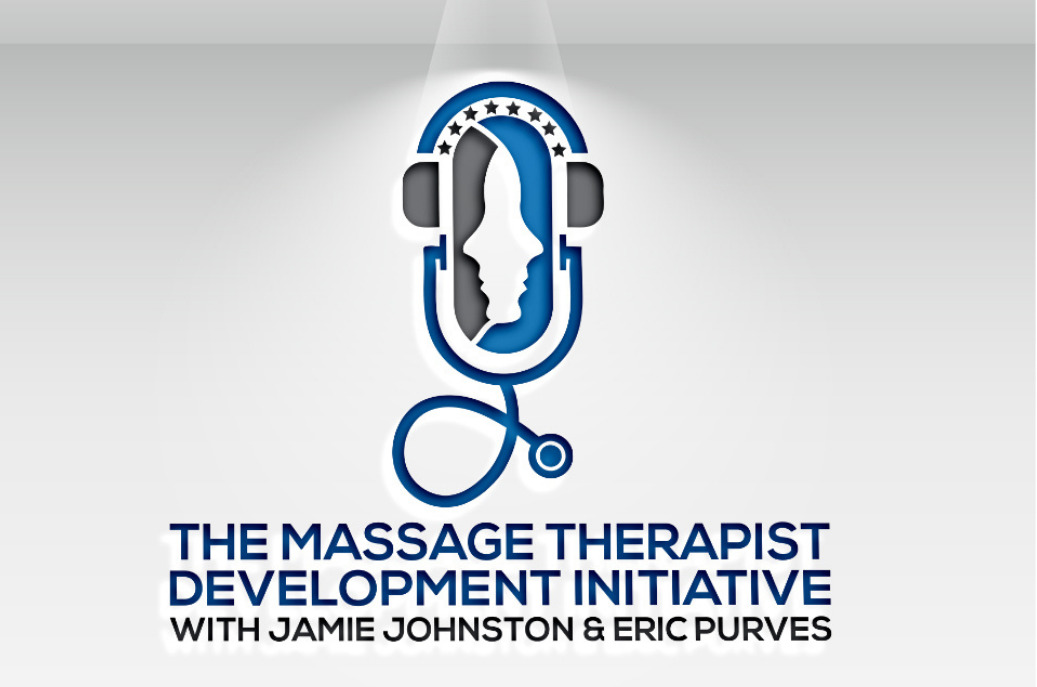 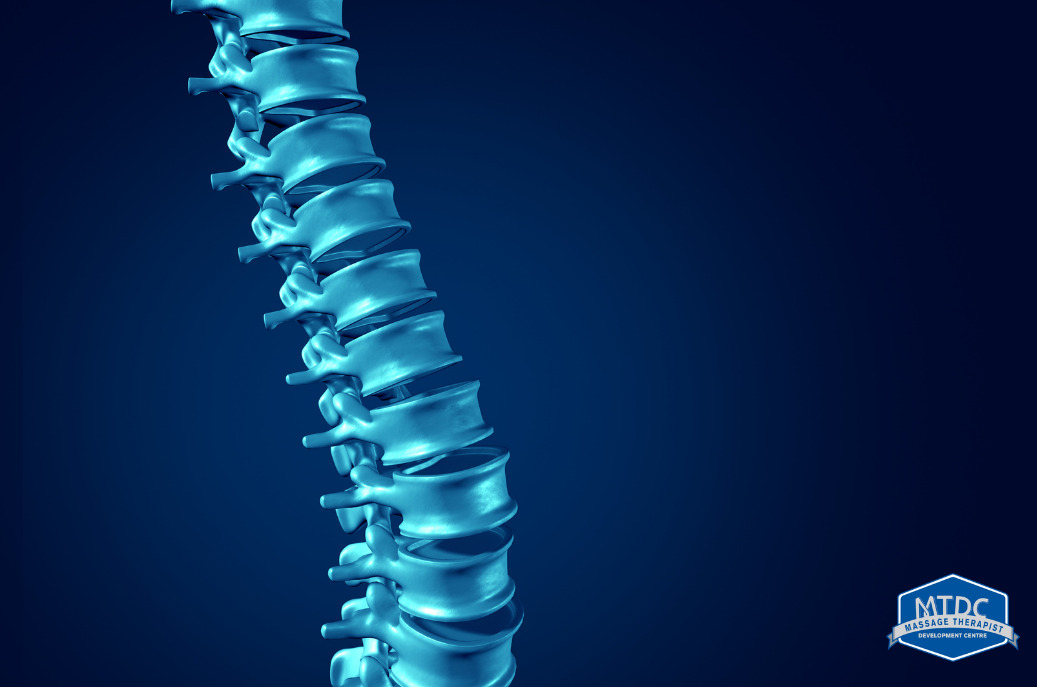 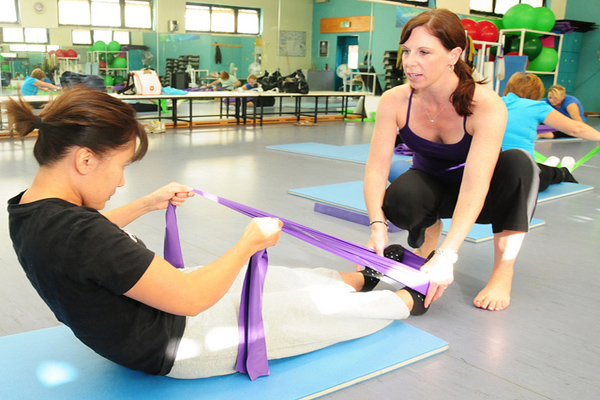 Self Care For Massage Therapists With Shoulder Injuries 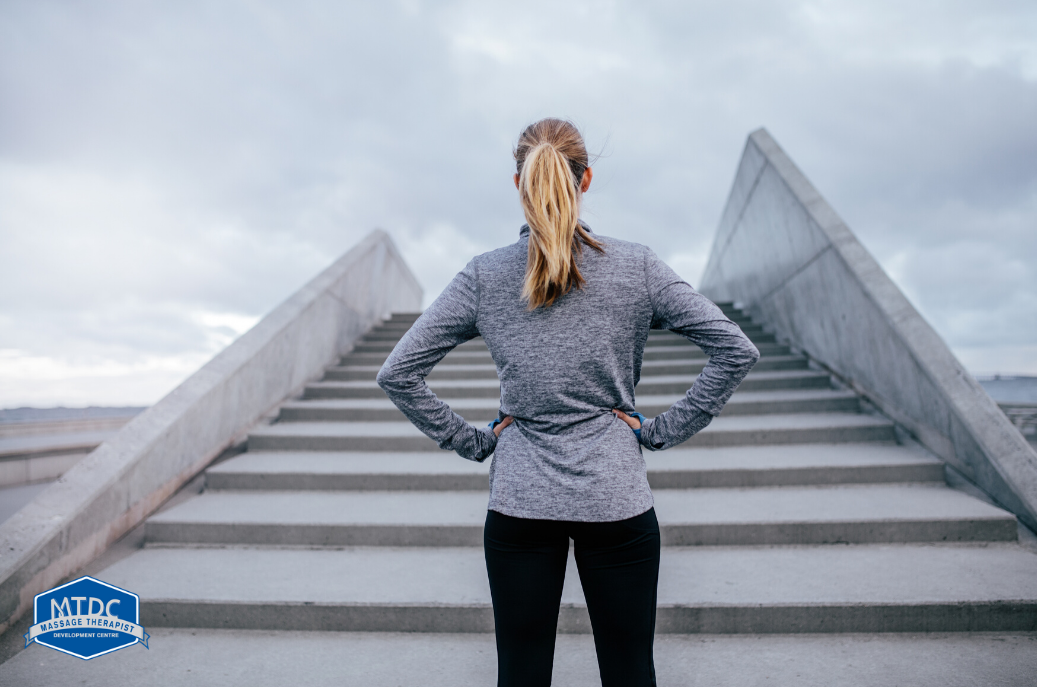 Looking at Pain From Different “Levels” 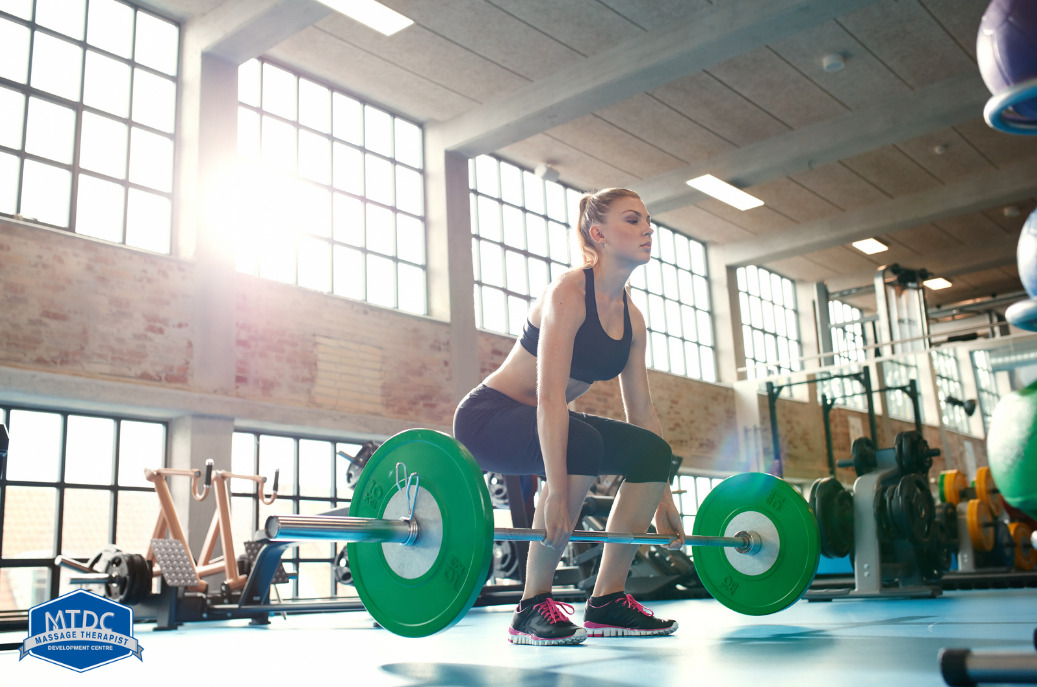 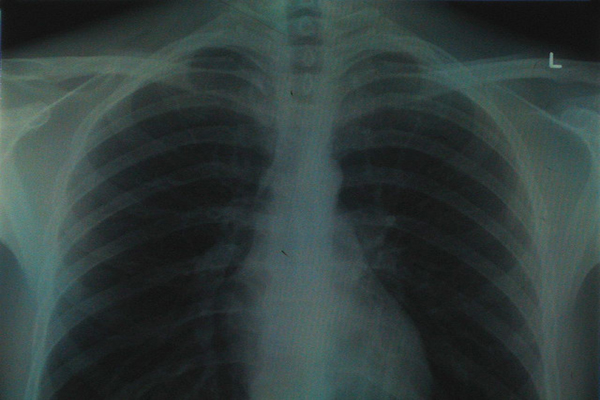 How Massage Therapists Can Treat The Thorax Part 1 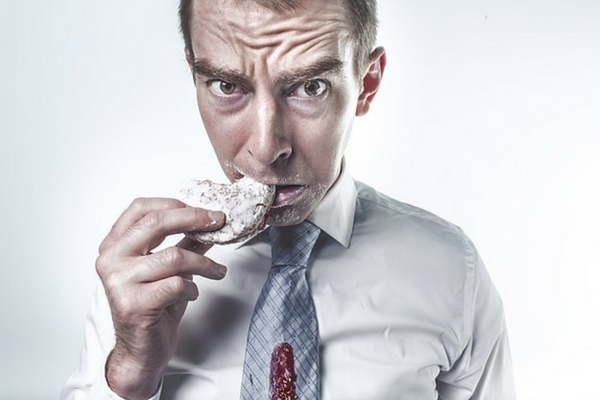 Should Massage Therapists Wade Into The Nutritional Arena? 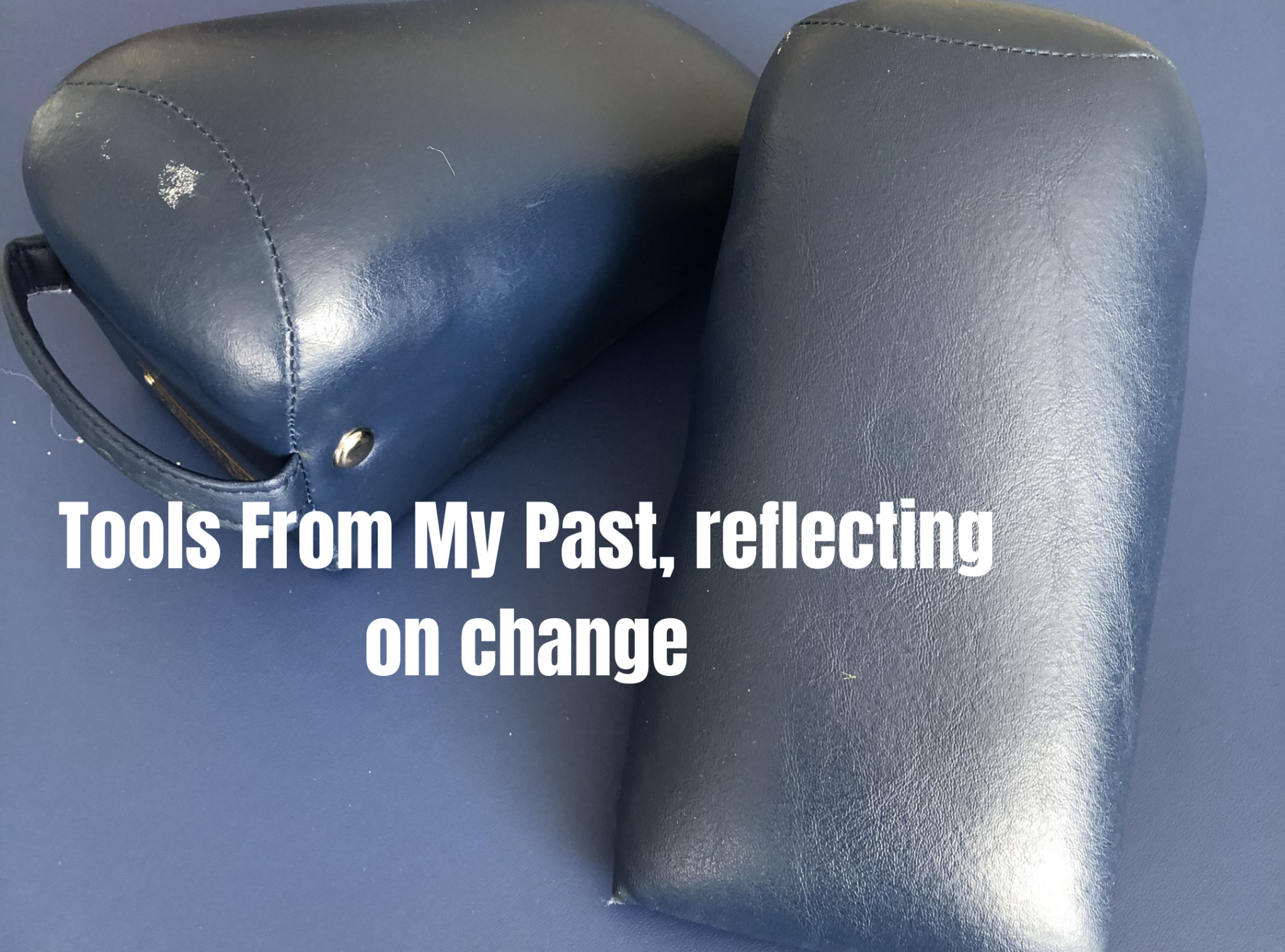 Tools From My Past, Reflecting On Change